The US dollar is the most dangerous currency of all, buy gold: Peter Schiff (exclusive) 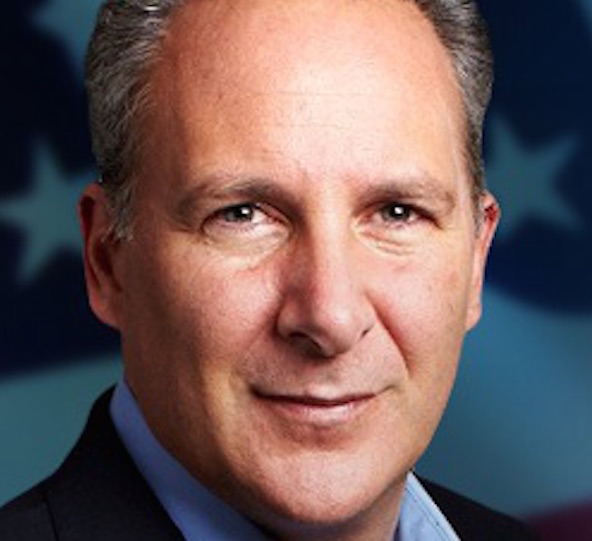 Thanks for accepting this interview, Peter.

Guillermo Barba (GB) Are the American and the world economies in bad or in good shape?

Peter Schiff (PS) The American economy is certainly in a lot worse shape than Yellen, Draghi and other central bankers are willing to admit. If it wasn’t for the Fed’s cheap credit which has duped the markets into thinking we have recovered and are well on our way into another bull market then they would all know this by now. Unfortunately, when markets finally wake up to the reality that they have been living on the Fed’s dole, there is going to be a rude awakening. Unless the Federal Reserve lowers rates again, there is no reason for a sustained rally in US stocks, and job growth is still lackluster at best despite the unemployment numbers published by the Fed. Such numbers do not take into account temporary jobs and other loopholes that are not accounted for. We may already be seeing the beginnings of another recession here in the US with how equities have opened this year.

(GB) How did the US get to this financial and economic mess?

(PS) I think the major cause to the financial and economic mess in which we find ourselves today is that there are no more free markets in the US anymore. America used to be a place where you could conduct business and make a profit by serving a need that others had. It’s not like that anymore. As government has grown over the years so has their appetite. They want to regulate everything. They want to tax everything. They want to make it harder on everyone else so that they can finance their own programs and projects.

In financial markets it’s just as bad and getting worse. Because of Central Banks like the Federal Reserve who intervene in markets in so many ways, they have nearly removed the free market mechanisms that used to exist. Now markets are just drunk and dependent on what the Fed does to stay afloat it’s become a dog and pony show. Instead of markets deciding who should fail and who should survive, the central bank decides. Instead of the marketing determining the best interest rate, it’s determined by the Fed. Instead of the market deciding the best money, we are all forced to participate in the broken dollar system. As a business owner it is very difficult to make sound decisions in such an environment. How can you accurately gauge profits when those supposed profits are measured with a broken money i.e. the dollar? In large part the entire world has embarked on the same disastrous path as the US has in terms of artificially lowering the interest rate and printing money into oblivion in order to keep the economy on life support. But who wants to be a vegetable on life support?

Also look at our country in terms of production. We don’t produce anything anymore we only consume. How do we consume? We borrow the money to consume on an ever decreasing production base. The only way we can get away with this is that everyone buys our debt. In fact, our number one export is Government debt. This has hollowed out our economy. The marginal value of our debt is steadily decreasing. (See Chart)

If Americans are really good at something, they are good at consuming what others produce. But what’s worse is that a lot of this consumption is consumption beyond our means because it’s all debt based. We borrow to consume and then when we want to consume more, we simply borrow some more. The end result of that kind of behavior

(PS) Well certainly the creation of the Federal Reserve in 1913 was a step in the wrong direction but I don’t think that was what started the boom and bust cycles as we know them now. It’s hard to say what was the primary cause of each boom and bust period because each one is different and oftentimes there are different specific causes to each. However, the government or some government agency is typically a prime suspect in nearly all cases. I think 1971 was probably the most disastrous year in American Monetary History because it opened the floodgates for the Federal Reserve to debauch the US dollar. And that’s exactly what they have done and have continued to do at greater and greater levels since then. It has had a destabilizing and destructive effect on the entire economy. It’s no surprise that we are experiencing booms and busts of greater and greater proportion having abandoned gold standard so long ago.

(GB) Do you think that gold and silver are actual money?

(GB) That said, do you recommend people to buy physical precious metals?

(PS) Absolutely. If anyone has been following me for any time they should know that I do not put a lot of faith in fiat currencies. While there are some currencies that are relatively better than others, the reality is that all currencies are fiat at the end of the day and therefore subject to fall all the way to zero. I personally think the dollar is the most dangerous currency of all because of what the Federal Reserve has been doing for years at unprecedented levels. Gold and silver offer the only protection from outright currency collapse and bank failure. What we saw in 2007-2008 was just small taste of what is to come. Gold and silver are the only assets which can offer you protection from such an event and actually increase your wealth. I recommend putting anywhere from 5- 20% of your liquid net worth in gold and silver. I recently expanded my gold business into Latin America with SchiffOro.com. This is an expansion of my gold and silver business here in the states but is primarily directed to Latin American countries who are suffering from constant currency devaluations. They tell me that a lot of people in Latin America put their savings in US dollars, well I am telling them to put their savings in gold and silver because the dollar is not a going to be long term solution! Hopefully we will reach many of them with SchiffOro and they can purchase gold and silver and secure their savings for the long term. We have a full staff of precious metals experts who are bilingual in Spanish and English and even Portuguese too. You can either call or chat with them directly by visiting the site www.schifforo.com.

(GB) Are you still in the position that this “money printing” process will eventually create hyperinflation?

(PS) Hyperinflation is not an inevitable outcome. It’s just a worst-case scenario that could potentially occur. But inflation, as measured by an increase in consumer prices, will certainly rise significantly even if the worst case scenario of hyperinflation does not occur.

(GB) Can America still get out of the current economic disaster as the world super power it once was?

(PS) I believe it can but first it has to recognize the damage that has already been done. That’s part of the issue with the Fed – they are blind to the harm of their own actions. They have no idea how much trouble they can get themselves and everyone else into. Until they are willing to own up to the disastrous policies imposed upon the American People and the rest of the world then I don’t think there is hope for America. But, if they are willing to admit their mistakes and correct course by going back to market based solutions instead of centrally planned destruction then there is hope for America to return to its former glory and prosperity. And the rest of the world too.

(GB) Is China an enemy to the United States?

(PS) China is not our enemy.  In fact they have been subsidizing our economy and our standard of living by loaning us money to buy the goods they produce.  The problem is that the ride on the china gravy train will soon come to an end.   They have begun to sell our bonds, and will soon allow their currency to rise substantially (despite many high profile hedge funds that are now betting on the opposite) against the dollar. This will end up substantially increasing the cost of Chinese goods to American consumers. As China’s economy grows stronger they will start to want to consume some of their own production. All of this does not bode well for the American Economy.

(GB) Last year you said that it was going to be a “horrible Christmas”, why is that?

(PS) By “Horrible Christmas” I was referring to retailers having a horrible Christmas season and they did. IT was the worst holiday selling season since 2009. I also said we would see a lot of layoffs and store closings in the New Year as a result of much weaker than expected retails sales. That is exactly what ended up happening.

(GB) Finally, Peter. Are you for or against the so-called crypto-currencies like Bitcoin?

(PS) I am not opposed to bitcoin principally but I do think it was in a bubble and that bubble popped. I was pretty right about that when it was trading at $1000 I was saying don’t buy it! I don’t think bitcoin is as good as gold but the technology behind gold could help to mobilize gold and provide people an alternative way of saving outside of dollars and other fiat currencies.